Most car accidents involve injuries caused by impact. In an intersection collision in Miami or Florida, for example, the impact can push passengers forward into the dashboard or can cause passengers to be flung about the inside of the car, potentially causing head injuries, spinal cord trauma, and other serious injuries. In a car accident where the car is thrown into the water, however, passengers are at risk of drowning as well as all the other causes of injuries that can happen with a traffic accident. 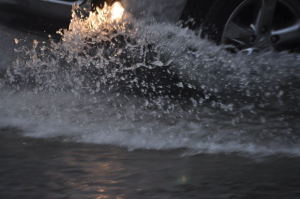 Data from the National Highway Traffic Safety Administration suggests that the numbers are even greater. According to the agency, when death certificates as well as crash records are considered, the number of car crash drownings in Florida is actually closer to 57 fatalities annually, with about 384 such deaths occurring across the country each year.

South Florida, especially, has a high rate of these types of fatal car crashes. The top three counties in the state when it comes to car accident drownings are Palm Beach County, Broward County, and Miami-Dade County.

Possible Explanations for the Numbers

One reason why Florida may have more drowning-related car accident fatalities than any other state is because Florida has more roads along water areas when compared with other states. In addition to rivers and beaches, Florida also has roadside canals, which are required by environmental rules at the state and local levels close to thoroughfares.

Another issue that may cause some of these fatalities may be guardrails. Guardrails are supposed to help stop cars from going over embankments and into water, but some safety experts question whether Florida has enough guardrails to protect drivers. There is also some question whether guardrails meet federal safety standards. This year, for example, there has been some question whether a new type of guardrail used in Florida and other states since 2005 doesn’t contribute to injury.

A third issue has to do with the ability to escape a submerged car. In some cases, drivers and passengers who are flung into the water in a car lose consciousness due to a head injury or other injury and cannot escape the sinking car. In other cases, drivers and passengers get tangled in their seatbelts, cannot break the side windows of the car to escape, or cannot open the car doors due to the pressure of the water. In many cases, cars roll over when they enter the water, so that passengers may be struggling to get out of an upside-down car. In many cases, experts say that passengers have only seconds to escape a car that is sinking. Experts agree that more could be done to teach drivers how to get out of a car that has left the road and is sinking in water.

If you have been injured in a car accident caused by someone’s negligence, contact Flaxman Law Group for a free case review. Our attorneys would be pleased to review your situation with you.