All groups of drivers may have some risk factors which can put them at risk of a car accident. For young drivers, however, peer pressure and less driving experience, driving can be especially dangerous. Studies have found younger drivers may be more likely to engage in risky behaviors such as hood surfing, drag racing, and other dangerous risks. If you have a teen or young driver in your home and want to reduce their risk of being in a Hollywood or Florida car accident, you need to be aware of the dangers. 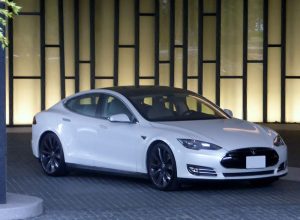 Drag racing has been around since the 1920s and for many years was popularized in movies, shows, and music videos, which has given young drivers the idea to try it. Races are often held late at night or early in the morning in remoter areas and because of the speed involved, serious injuries can occur.

Hood surfing involves one or more people holding onto the hood of a car while it is in motion. Car surfing is a more generic term meaning passengers drive outside the car, on the bumper, the roof, the hood, or otherwise outside of a moving car. Both activities are very dangerous since the person on the outside of the car can fall as the car moves, suffering serious injuries or even being run over.

Also known as ghosting and many other names, this involves jumping out of a moving vehicle and dancing beside it while keeping pace with the car. Recently, this has seen a resurgence as social media users posted pictures of themselves taking part in what was known as the Kiki challenge. This involved individuals taking videos of themselves getting out of moving cars and dancing to Drake’s In My Feelings.

Drivers may also take part in activities such as trying to drive only on two wheels or trying to get the car airborne by gaining speed when approaching hills. Some drivers also shut off their lights on country roads to drive in total darkness. New stunts and dares regularly get created and spready, especially via social media. Some drivers may also try to imitate stunts they saw in the media or at car shows. Often, risky behaviors are exacerbated by social media dares and challenges, where users post pictures of themselves posing while taking part in risky behaviors.

Skitching involves hitching a ride on a car while using roller skates, skateboards, bicycles, or other non-motorized wheels.  The person hitching a ride can easily swerve into oncoming traffic or can fall and be run over by a car.

Now that you understand the risks of some of the challenges, dares, and risky driving trends, what can you do? If you are a parent with a young driver, you will want to:

If your child has been injured in a car accident caused by someone’s unsafe driving, contact Flaxman Law Group at 1-866-352-9626 (1-866-FLAXMAN) for a free consultation with a Hollywood, Miami, or Homestead car accident attorney. Our legal team serves the entire South Florida area and we do not take fees unless we win.