DUI checkpoints are meant to help protect drivers from inebriated drivers in Miami and other cities. And there is reason to be concerned: According to Mothers Against Drunk Driving (MADD), in 2014 there were 40,677 arrests for DUI in the state. Drunk drivers cause many more serious injuries, including career-ending head injuries, spinal cord injuries, and other serious injuries that are permanent and affect a person’s quality of life for the rest of their life.

The idea behind DUI checkpoints is that police randomly stop drivers to see whether they should be further tested for inebriation. If a police officer stops a driver at a DUI checkpoint and the driver exhibits poor motor control or there is an odor of alcohol, the police can further investigate and administer field sobriety test to determine whether the driver is indeed under the influence. 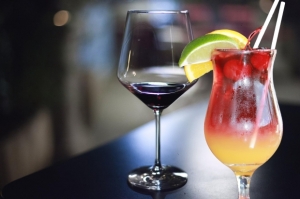 DUI checkpoints and field sobriety tests have long been controversial, with some critics alleging that they are not accurate. While police defend the accuracy of these tests, defense attorneys claim that only blood alcohol testing is an accurate indication of alcohol use – and some argue that these tests are often faulty, as well. Motor control problems, fatigue, nervousness, and other issues can all affect the outcome of field sobriety tests.

Advocates at MADD and police authorities defend the use of field sobriety and DUI checkpoints. They say that it is the best way to catch drunk drivers before they cause a serious accident or injury. They note that anyone who is legitimately not drunk and is accused falsely has a chance to defend themselves against any accusations and to prove their sobriety.

Police also note that in many cases people who have been drinking and choose to drive make the same mistakes repeatedly. Many people who are charged with DUI offenses are multiple offenders. DUI checkpoints can potentially catch and stop some of these drivers before they get behind the wheel of their cars again. This is especially important since some drivers continue to drive with suspended licenses and some even continue to drive inebriated on a suspended license. It can be very difficult to stop drivers who continue to drive drunk, despite all efforts to stop them. Police checks can help catch these types of drivers and can potentially stop accidents before they occur.

Have you been injured by a drunk driver? Contact Flaxman Law Group for a free, no obligation case review. Our attorneys have more than six decades of experience helping those who have been injured in car accidents, workplace accidents, and other incidents get fair compensation and justice for their injuries. Our attorneys fight aggressively for your rights but offer you the support and compassion you need as you start rebuilding your life. Your initial consultation with Flaxman Law Group is always free of charge and comes with no commitment, so get legal advice about your situation today.