Safe Kids Worldwide has released a new study showing that car accidents cause more teen fatalities than any other cause. In fact, the organization reported that about 2,500 teens die across the country each year in car collisions. In about 56% of fatality cases, the teen victims are drivers. About 44% of teen car deaths are passenger fatalities. In Miami and other cities, lack of seat belt use is a major cause of fatal injuries to teens.

So how can parents and others prevent teens from being injured in car accidents? There are a few solutions:

1) Encourage teens to buckle up.

According to the Safe Kids Worldwide study, teens who didn’t wear seat belts said they did so because the devices were uncomfortable or because the teens felt the trip was not long enough to warrant a seat belt. In some cases, teens said they simply forgot to wear their seat belt. 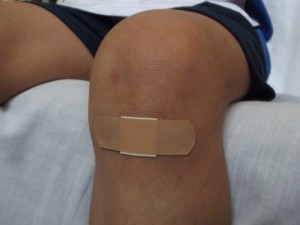 2) Make sure teens know that they can speak up if they see dangerous driving.

In the Safe Kids Worldwide study, just four out of ten teens survey said that they had asked a driver to stop when the driver was driving recklessly. Teens may be hesitant to tell motorists – especially if those drivers are their friends or peers – not to drink and drive or to stop other risky behaviors.

3) Give teens lots of driving instruction and experience.

Teens are at a heightened risk of car accidents in Miami and other cities in part because they may have less road experience than older drivers. While graduated licenses and driver instruction have gone a long way towards ensuring that teens have some practical experience before being on the road, new drivers can get their licenses with only a few hours of practical on-road instruction with a driving instructor. Safety experts agree that some new drivers may need more than that to hone their skills. Giving a new driver additional defensive driving classes or practical experience can help develop driving skills that could help a young driver avoid collisions.

Parents can and should set rules for their teens, so that new drivers get new driving privileges gradually as their driving skills improve. At first, it might be a good idea to ban teen drivers from driving with other teens as passengers, for example, since studies have shown that teen passengers can mean a higher risk of collisions and more distraction. New drivers may also need to have an adult in the car at first or may not be allowed to drive at night until their driving skills improve.

5) Have a system to discourage drunk driving.

Since teens cannot legally drink, some parents assume that their child doesn’t have to worry about drunk driving in Miami. Unfortunately, many studies have shown that underage drinking is more prevalent than most parents admit. Even if you believe that your teen would never drink, have a plan for them to get home safely if they do. One effective way to do that is to make sure that your teen can call you for a safe ride home at any time – without having to worry about questions or punishments.

Have you or a loved one been injured in a traffic collision? You can contact Flaxman Law Group at any time to arrange for a free consultation to review your options for compensation.