According to 2014 research from Dennis Durbin of the Center for Injury Research and Prevention, graduated licensing programs do not remove many of the risks new drivers face when they behind the wheel. According to Durbin, 54% of teen drivers who have had at least six months of practice driving still make serious mistakes when given a driving assessment. Some of these mistakes include running stop signs and hitting curbs. The study backs the findings of a 2011 study conducted by Robert Foss. That study found that teen drivers have higher accident rates in the first several months after getting their license. 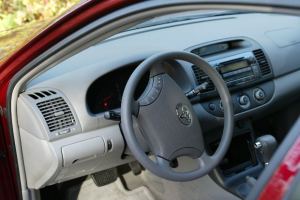 A new study, conducted by Arthur Goodwin, of the Highway Safety Research Center, found that there are several things that parents can do to improve their teen’s chances of avoiding car collisions in Hollywood and other communities:

1) Go beyond vehicle handling. According to Goodwin and his team of researchers, when parents teach their children how to drive, they tend to focus on basic vehicle handling. Once teens have mastered this skill, however, it is a good idea to teach defensive driving as well as the decision-making processes that go into successful driving.

2) Go along unfamiliar routes. Goodwin and his team of researchers found that when parents teach their teens to drive, they tend to drive along the same routes or stick to safe areas such as suburbs or empty parking lots. However, it is important to switch up the driving routes and to get teens used to a wide variety of driving situations and conditions. Practicing in bad weather and at night is also important in order to give new drivers the skills they need to stay safe on the roads.

3) Look beyond what will be tested. Goodwin and his team found that parents teaching their children how to drive tended to focus on things that gave them problems and things that will be tested – things such as parallel parking, for example. However, the researchers found that it is most important for parents to teach good judgments and danger-recognition techniques. It is very important for teens to learn how to merge on highways and how to make turns safely, for example.

4) Stay calm. Parents who panic or criticize their teen’s driving are not helping. Instead, they can make new drivers frustrated, timid, and nervous, which will not help in dangerous situations. Parents need to stay calm and focus on driving when in the car, helping teens with practical as well as specific information. Generalizations such as “don’t hurry too much” are less likely to be useful.

Teaching a child to drive can be fraught with tension. If parents have a hard time communicating with their teens during driving, it may be a good idea to sign the teen up for classes or to have the teen complete their driving practice with a trained driving instructor. These professionals can remain calm and know exactly which skills need to be taught to keep teens safe behind the wheel.

If you or your child has been in a car accident, do not hesitate to contact Flaxman Law Group for a free consultation. The members of our legal team would be pleased to offer you personalized legal advice about your situation and address your concerns and questions.