If you drive in South Florida, you may already know that distracted driving is a problem on the roads. No matter where you go, you are likely to see drivers talking on their phones, fixing their hair, or simply not paying attention to the roads. Distracted driving in Hollywood and other communities causes many accidents, and there are many suggestions about how we can put a stop to it. But does this problem really have a clear-cut solution?

According to the NHTSA and other government agencies, the problem of distracted driving is not significantly improving, despite education campaigns and greater awareness. In 2011, there were 3,360 fatalities linked to distracted driving and by 2012 there were 3,328 distraction-related deaths. In the same time period, the number of people injured by a distracted driver increased from 387,000 in 2011 to 421,000 a year later. 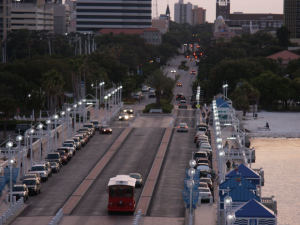 Statistics show that youth may be the most affected by distraction. About 10% of all polled drivers under the age of 20 who were involved in a fatal car accident reported distraction at the time of their collision, making youth the most distracted drivers on the road. According to the NHTSA, motorists in their 20s account for 27% of drivers involved in deadly accidents.

Since 2010, the number of people using mobile devices as they drive has increased. In fact, according to NOPUS, at any point during the day, there are about 660,000 people driving while using electronic devices on American roads. This is despite the fact that legislation against mobile device use has tightened since 2010, with many states passing texting or phone bans.

The news may be even worse than statistics suggest. In many cases, governments rely on cell phone records or driver self-reporting to determine whether a driver was distracted at the time of a crash. However, drivers may be underreporting instances of daydreaming, talking, and other forms of distraction. The actual rate of distraction on the roads may be even higher.

There are many proposed solutions for putting an end to distracted driving. From texting bans to stricter punishments to better car designs that produce fewer distractions, there are many potential solutions. However, do these solutions work?

Part of the problem with distracted driving is that it is so wide-reaching and complex. It’s not just about getting drivers to put their mobile devices away – although that on its own is difficult. It’s about stopping all forms of distraction, including daydreaming and other types of distraction that drivers may not even be aware of.

Most safety experts believe that distracted driving cannot be eliminated, just as the risk of car accidents itself cannot be completely eradicated. However, many feel that even small steps in the right direction can help save lives and can help prevent injury. When any driver learns to drive defensively or decides to shut off a phone when buckling their seat belt, we are all a little safer.

Have you been injured in a traffic crash caused by a distracted driver? Flaxman Law Group is a full service law firm located right in Hollywood, with additional offices in Homestead and Miami. If you have been injured, reach out to us at any time for a free case consultation.