Child injury in Homestead and other communities is often linked to cars. Not only are car accidents one of the leading causes of injuries and fatalities for young children, but cars themselves pose a risk to children – even if the cars are not moving. Each summer, for example, there have been instances of children dying of heat stroke and hyperthermia after inadvertently being left alone in a hot car.

There are a number of safety devices that can be used to help combat the problem, according to experts: 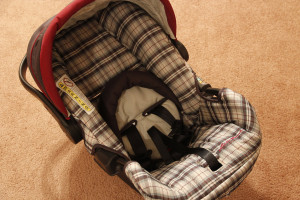 While these devices are promising, the National Highway Traffic Safety Administration (NHTSA) has warned that relying on these devices alone can still lead to fatalities and injury for a few reasons:

NHTSA launched its “Where’s Baby? Look Before You Lock” campaign three years ago and states that while the devices may prevent some deaths, parents need to have several layers of protection and change attitudes and behaviors above all to prevent these types of tragedies.

Contact Flaxman Law Group if you have questions about your legal situation or would like legal representation in a personal injury claim.