There are many awareness campaigns and programs in place to prevent drunk driving in Hollywood and across South Florida as well as across the country. Drugged driving gets less attention, but it is an equally serious problem. It is also more pervasive that many motorists realize. 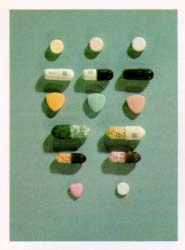 Drivers who take certain controlled substances can become reckless and aggressive when driving. Drugs such as benzodiazepines, methamphetamine, cocaine and other substances can affect driving ability. Even over-the-counter or prescription medication taken for pain, allergies and the flu can become dangerous behind the wheel of a car. Some of these over-the-counter and prescription medications can cause dizziness, drowsiness, and other issues which can be hazardous on the road. All of these drugs can lead to impairment which can in turn lead to collisions.

Marijuana is a drug where some controversy exists. Some studies have suggested drivers are not necessarily less safe when using marijuana and driving. However, other research studies show that drivers under the influence of marijuana have slower reaction time, shorter attention spans, and are more likely to weave when on the road.

Historically, it has been harder for law enforcement to stop drugged driving than it has been to stop drunk driving. The problem stems from the fact that drugged driving encompasses so many substances. Someone taking an over-the-counter medication, for example, may not necessarily realize their driving ability will be compromised. Their reaction to a flu medication will be different than the reaction of someone taking a substance for recreation, although both drivers may be dangerous behind the wheel of their cars. In addition, police do not have the same field sobriety tests for drugged driving as they do for drunk driving, making it harder to isolate and stop drivers who are under the influence.

There’s no doubt that drugged driving is a serious problem. About 10 million drivers reported driving under the influence of drugs in the past 12 months, reports the 2014 National Survey on Drug Use and Health (NSDUH). However, the way that drugs influence individual drivers and the way that they create symptoms when combined together varies widely, making it more difficult to catch drivers who are participating in this risk-taking behavior. In many cases, drug use is discovered only after a motorist has caused an accident. In fact, as a society we need to find better ways to prevent and stop drugged driving before it does cause crashes and injuries.