If you were out on the streets of Hollywood and other parts of South Florida this past holiday season, you likely saw the efforts that local authorities instituted to prevent drunk driving. Since drunk driving in Hollywood and other communities can increase during the holiday season, Florida police and advocacy groups respond with awareness and education campaigns and stronger enforcement of DUI laws. 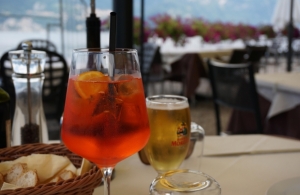 You may have wondered whether these efforts work. According to Jim Fell and other researchers at the Pacific Institute for Research and Evaluation, the answer seems to be yes. Fell and his researchers looked at six different efforts used by police in 30 different communities to stop drunk driving and other violations. The results suggested that the efforts worked and that communities relying heavily on traffic stops saw the lowest levels of drunk driving. Communities that did not use traffic stops or had few of them had rates of drunk driving that were up to three times higher, by comparison. Communities with many arrests for DUI charges also saw less drunk driving than areas with less enforcement.

Stricter Enforcement May be Key

According to researchers, stricter enforcement seems to work because it gets drivers to change their behaviors most effectively. When motorists hear that drunk driving is being enforced or see other drivers pulled over, they are more likely to think about their own situation and stop drunk driving. Fell also says that groups such as MADD (Mothers Against Drunk Driving) have been effective in curbing drunk driving by pressing for stricter laws and by putting human stories and faces to the fatalities and injuries related to drunk driving.

More Work to Be Done

While drunk driving rates have fallen across the country since the 1980s and while researchers at the Pacific Institute for Research and Evaluation found that enforcement works, Fell believes that more work needs to be done. He and his researchers, for example, note that ramped up enforcement could help prevent more DUI-related fatalities and injuries.

They also note that it may be time to look at definitions of drunkenness. In the United States, a motorist is officially driving under the influence when he or she has a blood alcohol level of 0.08. However, that can mean several drinks for a healthy adult male. In Europe, the blood alcohol limit is 0.05. In order to reach that limit, a healthy adult male would need to drink about 2.5 drinks on an empty stomach in about one hour. Fell and others feel that this is a more reasonable limit and safety officials have recommended that states follow suit by creating a new limit on drinking.

So far, no state has made a move to change the legal blood alcohol limit. However, there have been campaigns to alert drivers to the dangers of “buzzed driving” or driving when somewhat inebriated but still under the legal limit.

Have you been injured by a drunk driver in South Florida? Contact Flaxman Law Group for a free case evaluation to discuss your legal options. You may be able to hold the inebriated drivers accountable and may be able to seek compensation in your case for medical bills and other expenses.