Getting a first car is a rite of passage for many teens. In many cases, a teen’s first car is either a used car purchased with savings or an older family car. For years, safety experts have been warning that older cars driven by teens may not have the newest safety technology and may not be in excellent mechanical repair, increasing the risk of collision for new drivers who may not have the best driving habits established yet. According to experts, older cars may not be as crash safe as newer vehicles, increasing the risk of injuries in the event of a car collision in Coral Gables or another community. 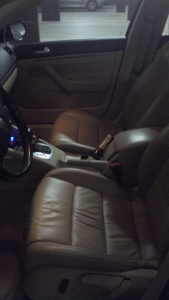 A new study suggests that those warnings may have been correct.

A study published recently in the journal Injury Prevention found that almost half of fatal motor vehicle crashes involving teen motorists involved cars that were at least a decade old. The study found that while graduated licensing has helped reduce teen car accidents, teen drivers have three times the risk of fatal crashes when compared with adult drivers. Part of the problem, according to the research, may be the cars that teenagers may be driving.

According to the researchers, teen drivers have a higher rate of losing control of their vehicles. In these situations, a new car that has modern safety features can be a big help. Teen drivers who are in heavier and larger vehicles may also be more protected than motorists in lighter and smaller cars. This is significant since researchers in the past have found that one fifth of teen drivers recently polled had small cars.

A big issue, of course, is the fact that older cars may not have electronic stability control (ESC), GPS, side airbags, and other safety features. ESC alone has been found to reduce fatal car collisions by 20-50%. With about 60 percent of teens polled driving a car from 2006 or older, this lack of safety features can be a real concern.

The Link Between Car and Injury

Researchers in the most recent study looked at fatal car accidents involving teen drivers between 2008 and 2012. They then compared the cars that these drivers were driving with the cars used by middle-aged drivers. The study found that 35% of teen drivers in fatal crashes between 2008 and 2012 were driving at least a mid-size car while 29% were driving small or mini cars. In contrast, 20% of middle-aged motorists who were fatally injured died in a small or mini passenger vehicle.

The study also found that in 82% of the fatal teen accidents, the vehicles driven were six years old or older. About 31% of the vehicles were 11-15 years old. In fact, teens injured in a fatal accident were twice as likely to be driving a vehicle that was 11 to 15 years old when compared with middle-age motorists. Only one third of the cars driven by teens had working air bags and only one out of ten vehicles had ESC.

If you or your child has been injured in a car accident, contact Flaxman Law Group. Our legal team can advise you of your rights and can help you explore the steps you can take to pursue justice in your case. Your initial consultation with us is free and comes with no commitment, so you risk nothing by contacting our law offices today.