Earlier this month, David Cassidy, who is most famous for his appearance on the “The Partridge Family,” was charged with driving with an expired tag and leaving the scene of an accident. Cassidy currently lives in Fort Lauderdale and denies the charges against him. In a statement made through his attorney, Cassidy alleges that he provided police with his registration and driver’s license information before leaving the scene of the crash. Witnesses, however, say that Cassidy attempted to cover his license plate number at the scene of the crash and left with a flat tire before providing any information. The case is ongoing. 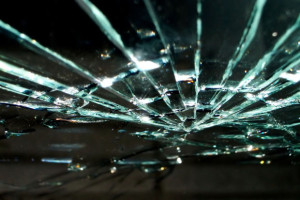 Experts weigh in on why hit and run accidents happen. According to them, the most common causes are:

Some drivers who leave the scene of an accident simply panic. Pedestrians and bicyclists are the most common victims of these types of crashes. In fact, about half of hit-and-run fatalities in Florida in 2014 involved pedestrians. Between 2013 and 2014, the number of bicyclists involved in hit-and-run crashes jumped by 55%. In some cases, drivers may simply not see a bicyclists or pedestrian and when they realize they have hit someone, they panic and leave the scene.

Some hit-and-run drivers are driving without a license, registration, or insurance. They don’t want others to know about it, so they leave the scene of an accident.

Some hit-and-run motorists may have done something illegal. They may have warrants or may have illegal substances in the car. They may be driving drunk and may be worried that a sobriety test at the scene will uncover that. To cover up the criminal activity, they don’t stay at the scene.

Some drivers may not want to speak to police, face increased insurance rates, or face the consequences of causing an accident. Of course, being charged after a hit-and-run can be even more serious. Drivers can be charged with a felony if they leave the scene of an accident. After a hit-and-run crash, police can rely on nearby cameras, eye witnesses, or auto shop canvassing to find the drivers responsible. When hit-and-run drivers are found, the legal consequences for them can be severe.

Have you been injured by a hit-and-run driver? There may be legal remedies available to you. To find out more, contact Flaxman Law Group at any time for a free consultation. The attorneys at our law firm have more than 60 years of combined experience and we work with a network of medical consultants, engineers, investigators, and other experts to build strong cases for our clients.