In Coconut Creek, car accidents claim lives and cause injuries each year. However, car manufacturers and the auto industry are always working on developing new safety systems to reduce the risk of injury. Despite this, some of the systems which help prevent head injuries, spinal cord injuries, and other serious injuries are systems which have been around for years. 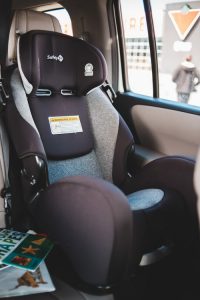 Seat belts have been a basic feature in cars since the latter half of the 1970s and since that time the National Highway Traffic Safety Administration (NHTSA) estimates they have saved over 15,000 lives each year. Seat belts keep you in your seat in case of a collision or a rollover. They make it less likely you will hit your head or be thrown from the car, which can reduce the risk of TBIs.

Seat belts also keep you in place to prevent internal injuries in a crash, which is why experts say they reduce the risk of death or serious injury by half. Wearing a seatbelt is the law in Florida for almost all passengers and drivers and it is the first line of defense against serious injury.

Airbags work in conjunction with seatbelts. They inflate during a crash, providing a cushion to prevent the car’s occupants from hitting the interior of the car. Airbags can reduce the risk of serious head injuries and internal injuries as well as facial injuries. The NHTSA reports that airbags reduce driver fatalities by 29% and reduce the risk of front-seat adult passengers by 32%.

Different occupants of a car need different safety restraints, and children are often most at risk in a car collision. This is because they may not know to brace themselves in a collision and because seat belts and airbags are designed for adults, not for them. Due to the increased risk, children should use systems such as:

Under Florida law, children under the age of six must use a federally approved, crash-tested child restraint device appropriate for their age each time they are in a car. When choosing a seat, choose by weight and size rather than age and always confirm a specific seat has not been recalled. Make sure the seat is installed correctly.

While safety restraint systems are designed to help, when they are manufactured negligently, they can cause injury or fail to prevent injury. If you have been injured in a car accident and believe a faulty car part was the cause, you may have a products liability claim in Coconut Creek and may be eligible for compensation. To find out whether you have a claim, contact Flaxman Law Group at 1-866-352-9626 (1-866-FLAXMAN) for a free, no obligation consultation.