Many traffic accidents in Hollywood and South Florida are caused by driver distraction, driving under the influence, human error, and other decisions made on the part of drivers. However, some collisions can be caused by factors outside a motorist’s control. For example, cities and towns have an obligation to work with experienced professionals to design and create safe roadways. When they fail to do this, serious collisions can result. 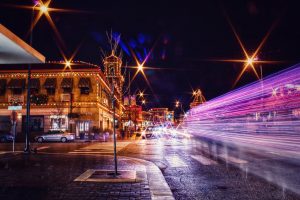 In Hollwyood and South Florida, common road design issues that can lead to crashes include:

Who Is Responsible for Road Design?

Typically, suing a city or a contractor working for a city is very challenging, since governments and government agencies enjoy good protections against liability. However, an experienced attorney can review your case and can find all liable parties. He or she can also build a plan for pursuing fair financial recovery for you.

Do I Have a Claim?

If you have been injured in a car accident in Hollywood and believe road design may have played a part, contact Flaxman Law Group at 1-866-352-9626 (1-866-FLAXMAN) for a no obligation, free consultation with a Hollywood car accident injury claims attorney. Our team can review the specifics of your case and explain whether you may have a claim – and even how much that claim may be worth.