In Florida, there are laws that prohibit the sale, manufacture, use and distribution hundreds of drugs. These controlled substances are classified as Schedule I through Schedule IV drugs. 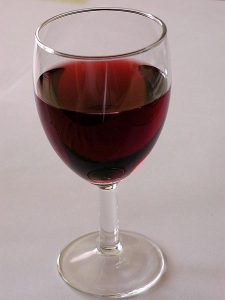 Schedule I drugs, for example, have no accepted medical use and are likely to be abused. Schedule II dugs are habit-forming but can be used in some medical situations, with significant restrictions. Schedule III substances are accepted as a form of medical treatment and are less addictive. Schedule IV drugs have a low risk for abuse.

There are severe penalties for use of controlled drugs in Florida. In some cases, depending on the type of drug, the laws broken, and the amount of drugs involved, individuals can face felony charges that could result in a life sentence as well as hundreds of thousands of dollars in penalties.

In addition to being illegal, some drugs are also dangerous for drivers. Different drugs have different effects on motorists. Even prescription or over-the-counter drugs can cause impairment, but illegal drugs can have an especially devastating impact on the roads.

Many controlled substances an increase the risk of a crash. To make matters worse, some users of illicit substances combine drugs or mix them with alcohol, which can make impairment worse (and crashes more likely).

Some substances can stay in a person’s system for days after use, which can make it hard for drivers to know when they are safe to drive. Their decision-making can also be affected by the drug, which can make drugged driving more likely.

What Should I Do If I Suspect Impairment?

You may also want to contact a car accident attorney. One challenge with drugged driving cases is that there are no roadside tests for many controlled substances. You may need to work with an attorney who can investigate the cause of your accident.

If a driver used controlled substances and then caused your accident and injuries, they may face criminal charges. However, you might also have a civil claim that lets you seek compensation for lost wages, medical costs, and the other losses you’ve suffered.

If you’re looking for a car accident attorney with experience in drugged driving cases, call Flaxman Law Group at 866-352-9626 to schedule a free, no obligation consultation. Our team has already recovered over $100 million on behalf of clients injured in car accidents, DUIs, drugged driving accidents, and other incidents. The team in our Hollywood, Homestead, and Miami offices has over 60 years of combined experience.