Craft beer has become extremely popular over the past few years. These beers are crafted by small, independent breweries and for beer lovers they offer a distinctive tasting experience. Craft beers often include unique flavor combinations and tastes that can be very appealing for anyone who is looking for something a little different than usual beer. 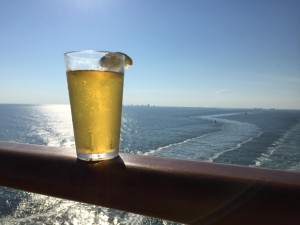 Drunk driving in Hollywood and other communities has long been a serious problem, and some safety experts say that craft beer lovers need to use extra caution because of the higher alcohol content available in some of these brews.

There are a number of dangers with craft beers:

1) Drinkers may not realize that their beer has a higher alcohol content.

It’s important to read the label when you’re drinking. Even a lighter tasting beverage can contain a higher alcohol content and can get you over the blood alcohol limit faster. Don’t assume your craft brew is the same as the beer you usually drink and keep in mind that different beers by the same company may have vastly different levels of alcohol content.

2) Drinkers may get drunk sooner.

3) Beer lovers may go to breweries directly to imbibe.

Bars may be close to taxi stands or bus stops, for example, or may be more centrally located. Breweries, on the other hand, may be more remote. Some beer enthusiasts who drive to breweries to sample craft beers may find themselves over the limit and unable to get home safely. If you plan on going to a brewery in order to try some craft beers, make sure that you ask about options to get home or have a plan in place ahead of time.

4) Alcohol affects everyone differently, making it difficult to plan.

It’s difficult to tell how craft beer will affect a drinker. Many things can affect how quickly someone becomes affected by alcohol. Body weight, gender, genetics, and a number of other factors can all play a role. This makes it more difficult to tell whether it’s “safe” to drink one beer, two beers, or no beers in order to prevent drunk driving.

If you’ve been hit by a drunk driver, there is help available. The Flaxman Law Group offers free consultations to anyone who has been injured and who thinks they may have a claim. Contact our compassionate legal staff to find out whether you have a legal case and to find out how much your potential case may be worth.