In April, the Consumer Watchdog launched an investigation into melting dashboards in some Toyota, Mazda, Dodge, Chrysler, Nissan, and other cars. Since that time, driver complaints about the apparent problem have quadrupled. According to customers, some cars have dashboards that overheat and melt. When they do, the dashboards develop a shiny and sticky surface that reflects on the windshield and affects visibility. Some motorists say that they cannot see pedestrians and other cars when this happens.

Accidents Related to the Dashboards

There have already been four car accidents reported to the National Highway Traffic Safety Administration (NHTSA) related to the melting windshields. One customer had a car accident in Pembroke Pines and claimed that the glare from the melting windshield led them to crash into an embankment. A motorist in Orlando also claimed that the glare also led to a collision. Two drivers in Miami also reported collisions related to the possible defect. So far, no fatalities and no burn injuries in Pembroke Pines or other communities have been linked to the dashboard issue. 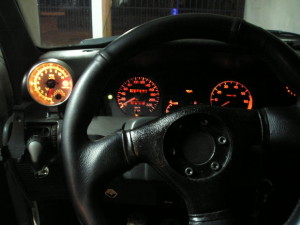 Are These Defects or Isolated Incidents?

The Center for Auto Safety as well as customers have asked for a recall before serious injuries or fatalities do occur. A government investigation has stated that the data so far does not show a defect situation that would require further action. One class action lawsuit against Lexus has already been filed due to a related problem. The class action lawsuit is related to 2006-2008 Lexus IS 250 and 350 cars, which had sticky interior panels. In 2011, Lexus agreed to repair the panels in its cars, but only in those vehicles still under warranty. The recall and action against Lexus may pave the way for additional legal action or for a recall in the newest sticky dashboard case.

Currently, drivers who have a problem with melting dashboards can report the issue at safercar.gov through the National Highway Traffic Safety Administration. If additional customers come forward, it may be possible to get a safety recall or other action from manufacturers. Currently, the carmakers are treating the melting dashboards as isolated incidents and have stated that they are working with the customers affected by the problem to resolve the issue.

Has a car defect led to an accident or injury? You may need legal help to negotiate with car makers and insurance providers in your case. To get a professional and compassionate team fighting on your side, contact the law firm of Flaxman Law Group. Our legal team has more than 60 years of combined experience and a track record of getting compensation on behalf of plaintiffs. Your first consultation with us is free and comes with no obligation, so contact us through our website or by calling 1-866-FLAXMAN (1-866-352-9626) to arrange a free case review.