Power windows are a convenient feature of many cars, but they exert enough force to seriously injure or even kill a child. While many parents are aware of the importance of car seats or the dangers of car accidents in Hollywood and their communities, they may not consider that something as simple as a window can kill. 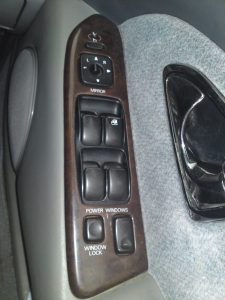 Windows can move up quickly and with enough force to crush small hands and arms. There have also been some fatal incidents involving children placing their head through the window and sustaining fatal injuries when a power window was activated. Since power windows are easy to operate, a small child may be able to make the window move easily. Children may have an interest in watching the windows move, which can mean they end up trapped.

There are many ways to keep your children safe from power windows:

If your child has been injured by faulty windows or by poorly designed systems in cars, contact Flaxman Law Group at 1-866-352-9626 (1-866-FLAXMAN) to arrange a free consultation with a Hollywood car accident attorney. Our law firm is dedicated to helping people across South Florida who have been injured.