A number of recent studies have focused on the effects of distracted driving in Miami and other cities and many researchers have considered the impact that mobile devices and hands-free devices may have on drivers. Google Glass is a new type of technology and a new study has been published outlining the ways that the wearable technology could impact motorists.

Is Google Glass Safe for Drivers?

A recent study by the University of Central Florida and the Air Force Research Laboratory concluded that Google Glass is a distraction for drivers. However, researchers also concluded that drivers using the device can regain control of their vehicles faster after a car collision when compared with motorists using a smartphone. The study concluded that drivers should not use Google Glass or any devices while driving but noted that new technologies may eventually develop that would allow drivers to get information and to communicate with minimal or no distraction. 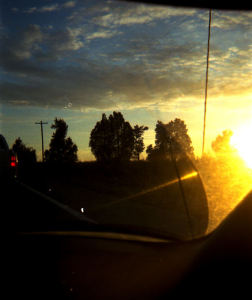 The study tested a small group of drivers who were using either Google Glass or a smartphone. The drivers needed to react quickly in order to engage their brakes when the car in front of them braked suddenly. Researchers found that Google Glass and smartphone users had about the same level of slowed reaction times when compared with un-distracted drivers. However, the drivers using Google Glass were able to get back to driving normally more quickly than drivers using a smartphone. Nevertheless, the study examined only a small group of 40 drivers and the drivers were all in their 20s. A larger study with different age groups may be needed to determine the effects of Google Glass more accurately.

In the meantime, it may be best for drivers to put away any device before getting in their cars if they want to avoid a car or pedestrian collision in Miami or their community. Studies have already shown that mobile devices can lead to distracted driving and accidents. The National Safety Council, for example, reports that drivers using a cell-phone behind the wheel cause more than 1.6 million collisions annually. A few recent studies have shown that even hands-free and voice-command devices – often seen as safer alternatives – still cause distraction and can lead to motor vehicle crashes.

How to Legislate New Distractions

Many states have now passed bans that prevent drivers from texting and driving. Some states regulate cell phone use in general while driving. However, even with studies showing that hands free devices are distracting, lawmakers are slow to create laws addressing the dangers of these distractions. There are currently no laws to prevent drivers from using Google Glass and any similar devices, although a number of states are considering bans that would prevent drivers from wearing these types of technologies .

The attorneys at Flaxman Law Group have seen the distracted drivers on our roads and have worked with the people injured by these reckless drivers. The legal team at our law firm believes that when motorists are reckless, they should be held accountable for their negligence. If you have been injured, please feel free to contact Flaxman Law Group at any time to arrange for a free case consultation to discuss your legal options.