Manufacturers of hands-free and voice-activated devices claim that their products allow drivers to send and check emails and texts while still keeping their eyes focused on the road and their hands on the wheel. Many drivers assume that these devices are safer and are a good way to prevent distracted driving in Homestead or their communities.

A new AAA study casts doubt on these assumptions.

According to the study, voice-activated, hands-free devices can still be very distracting for drivers – especially if the devices fail to recognize the speaker’s voice and the driver has to repeat what they are saying. The study looked at drivers using devices that relied on voice command or hands-free features to allow drivers to place calls, change the car’s entertainment system, or text messages. Drivers were placed in simulators and asked to use the hands-free devices while having to “drive” through a course. 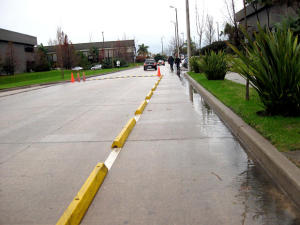 Most of the drivers remained distracted. One driver in the simulator got so distracted using Facebook and the hands-free device that she caused a rear-end collision. Researchers concluded that the 167 drivers in the study showed heightened levels of distraction and slowed reaction times when they used voice-command hands-free systems to change radio stations, make phone calls, and perform other basic tasks. Some drivers missed cues placed on the simulated road and others responded slowly to the cues meant to check their level of attentiveness.

Not all Hands-Free Devices are the Same

The study also ranked different hands-free devices manufacturers installed in cars. The devices were ranked according to how often they got prompts wrong and how distracting they were to use. Researchers rated Toyota’s Entune system as best and GM’s MyLink system as worst. According to researchers, drivers fared worse with more complicated systems and systems that required multiple commands or multiple corrections.

Although the study did not say that using the hands-free devices would lead to car accidents, researchers did establish that the devices still cause a significant level of distraction for drivers. The study in fact supports earlier discussions of distraction, which defined distracted driving as any activity that removes the motorist’s eyes from the road, their hands from the wheel, or their mind from driving. While the devices allow the driver to keep their eyes on the road and their hands off the wheel, they may be distracting enough to cause a driver to miss important cues.

The Future of Distracted Driving and Hands-Free Devices

It is likely that further studies will be done to determine the role that hands-free devices play in distracted driving. It is also possible that manufacturers will continue to develop their voice command features and improve their accuracy so that they are less distracting.

Have you been injured due to a mechanical failure in your car or due to a distracted driver in Homestead or your community? The law firm of Flaxman Law Group is fully dedicated to helping those injured in car accidents secure compensation and justice for their injuries. To discuss your injuries with a compassionate and professional legal team, contact Flaxman Law Group at any time to schedule a free, no obligation case review.