In a side impact crash in Hollywood or your community, you may be relying on guardrails to avoid going over an embankment and into a river or into a ditch. Your money goes towards paying for infrastructure such as guardrails in order to keep you and your community safe. However, serious concerns have been raised about some of guardrails installed in Florida and other parts of the country.

The ET-Plus guardrails as well as State Departments of Transportation have been the targets of other lawsuits after plaintiffs were injured in car crashes. According to some plaintiffs, the guardrails cause injury in a collision. According to Trinity Industries, however, the injuries are caused either by the drivers or by the incorrect installation of the guardrails. 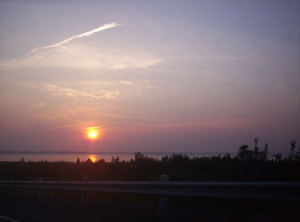 In the latest lawsuit, there has also been a focus on the liability of the Florida Department of Transportation, after claims were made in court that the guardrails were incorrectly maintained and repaired. The guardrail involved the in accident was allegedly damaged in a previous crash and was not repaired using ET-Plus replacement parts. In fact, some of the repairs were made using old parts that have not been approved for use on highways since the 1990s.

Nevertheless, there is still some concern about the ET-Plus guardrails themselves. According to some personal injury attorneys and plaintiffs, the ET-Plus guardrails were re-designed in 2005. At that time, the beginning of the guardrails was changed from five inches to four inches and a part known as the feeder channel was changed from over fifteen inches to under fifteen inches. According to some, this may cause the guardrails to operate differently.

A former industry business owner filed a whistleblower lawsuit, claiming that the ET-Plus guardrails are dangerous. A recent study by the University of Alabama examined collisions in Missouri and Ohio. The study found that more research was needed to determine whether the guardrails were less safe than other models.

Have you been injured in a car accident? Do you believe a guardrail caused your injuries? If you have been injured in any traffic collision, you can always reach the law offices of Flaxman Law Group at 1-866-FLAXMAN (1-866-352-9626) for a free case review. From our law offices in Homestead, Hollywood, and Miami, our law firm is proud to serve Miami-Dade County, Broward County, Palm Beach County, South Miami Heights, and surrounding areas.