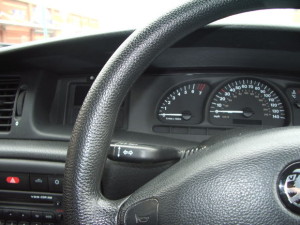 Both Volvo and Google have announced that they would accept liability if their driverless cars were to be involved in crashes. However, the manufacturers would only accept liability if a design or mechanical flaw caused the crash. If car users modified the car or were using it not as intended, the owners of the vehicle would still be liable for any crash resulting from their behavior. If a third party were responsible for causing the crash, the third party would be liable. It is not clear whether the court system would automatically accept manufacturer liability in these cases.

The statements made about liability by manufacturers highlights a key concern for driverless cars: however much they claim to take the human factor out of driving, people are still involved and may still cause car accidents. For example, most driverless cars have manual modes and it’s possible that drivers operating driverless vehicles may cause an accident. In addition, other vehicles around the driverless car may crash into the car when it is stopped at a traffic light or parked.

If you have been injured in a car crash anywhere in South Florida, contact Flaxman Law Group for a free consultation. At Flaxman Law Group, we understand who our client is: you. Our entire focus is always on providing the best experience, results, and approach for you. Our goal is to offer you the best legal service and the best results possible. We treat you the way we would treat a member of our own family who needed legal advice.