Recently, a women driving the wrong way on the I-75 was killed after crashing into a commercial truck. According to authorities, the number of wrong way collisions on the state’s highways have been on the rise. In the Tampa area alone, this was the fifth wrong way collision fatality this year.

What is causing wrong way accidents in Miami and other Florida cities? According to authorities, drinking and driving may be part of the issue. In the latest wrong way accident and in a number of others, officers have stated that the at-fault driver was driving under the influence.

Local authorities and the Florida Department of Transportation want to curb the number of these incidents. One pilot project has just been announced to help warn drivers when they are driving the wrong way. The pilot project will involve LED lights that will display the words “wrong way” automatically if a car crosses over into the wrong lane. The signs will be radar-activated. There are similar signs on the South Florida Turnpike and in Tallahassee. 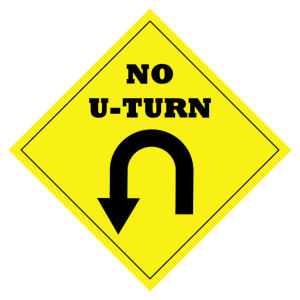 Representatives from the Florida Department of Transportation say that the pilot project will ensure that the signs are easy to see. The signs will use flashing red and white lights and will be mounted lower than most road signs, potentially making them easier to spot. The idea is that even in the case of drunk driving, the drivers will be alerted by the signs that something is wrong.

In addition, engineers from the Florida Department of Transportation are taking a look at signs and at road markings on highways and especially at exit ramps. They are conducting the review to determine whether the signs need to be changed and to decide whether any of them might be unclear to motorists.

Engineers are also working on what is known as V2I and V2V technology to help prevent wrong way accidents. This type of “smart road” technology would be able to detect when drivers are going the wrong way. The system could send a message to the driver that they are heading the wrong way. The system could also send a message to local authorities, alerting them about a driver headed the wrong way. Local authorities would be given information about the location, speed, and identity of the car so that they could make decisions about which actions to take to potentially prevent a collision. However, it is possible that this type of technology may not be widely available for some time.

Part of the problem, too, may have to do more with driver attitudes than with road design issues in Miami and other Florida cities. Tampa authorities, for example, say that in two of the five fatal wrong way accidents the region has seen this year the drivers made a full U-turn. This means that the drivers were not confused and did not drift into the wrong lane. Rather, they made the conscious decision to make a risky maneuver. This may be bad news, since changing driver behaviors is much harder than simply changing a sign or pavement marking.

If you have been injured by a wrong way driver or other reckless driver, contact Flaxman Law Group to discuss your situation with a member of our legal team. Our law firm offers free initial consultations, so there is no obligation and no cost involved.