Many car crashes in Hollywood are due to human error and are caused by issues such as distracted driving, fatigue, and other issues. While there are liable parties, these crashes are not caused intentionally but rather by reckless or negligent behavior. 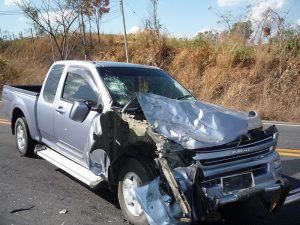 However, in recent days with protests we have seen on-purpose crashes involving drivers who have purposely driven into a crowd in order to hurt people. Unfortunately, on purpose car accidents are not as rare as they should be. In some cases, drivers cause collisions not through negligence but through wrongful, deliberate acts.

On purpose car accidents can happen for a number of reasons. In some cases, a wrongful act or instances of road rage lead to a driver using their car as a weapon, aggressively driving into another car or even pedestrians.

A motorist will use their car to drive to cause serious damage. Since the act is intentional it is an unfortunate fact that injuries stemming from such crashes tend to be more severe. The driver does not take any steps to mitigate the crash and in fact may be acting to cause maximum harm.

In other cases, on-purpose car accidents happen when someone causes a car accident, typically a rear end car accident, to make a fraudulent insurance claim. In these situations, the at-fault driver will typically blame the victim for braking too suddenly or for otherwise causing the accident. In some cases, fraudsters will fake or exaggerate injuries to try to extract more insurance money.

Insurance fraud collisions are especially aggravating because they can make insurance claims more complicated. The victim is treated as the at-fault driver and may need to work with an attorney to clear their name and to ensure they do not end up paying for someone’s fraud. Some fraudsters work with others, including fake “witnesses” and even unethical doctors, which makes working with an attorney crucial.

Let’s be clear: on-purpose car accidents are wrong and illegal. Cars should never be used as a weapon and insurance fraud is a crime. If you have been in a car accident that you believe is part of an insurance fraud scheme, keep careful documentation and contact your insurance company as well as a personal injury attorney.

You do not want to be blamed for an “accident” you didn’t cause. If you are a pedestrian and have been injured by a driver in a road rage incident or in a purposeful attack, contact the police at once to report the crime. You can also consult with a personal injury attorney to file a claim against the driver. In this case, the driver’s clearly at fault and you should be able to secure compensation for lost wages, medical bills, property damage, car repairs, and more.