Rear end shunt accidents happen when one car stops and the car behind them crashes into that first vehicle. Rear end collisions can cause serious injuries, including head injuries, facial injuries, spinal cord and back injuries, whiplash, and even fatalities. This is because a car suddenly braking or being shoved forward can snap your neck, back, and head forward violently. You can crash into your steering wheel or an airbag with enough force to cause serious injury. 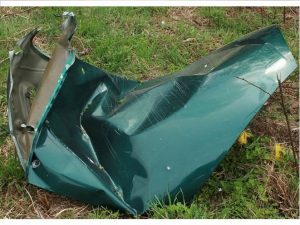 Rear end shunt accidents are often caused by distraction and tailgating, which can quickly become a deadly combination. A driver following too closely behind another car may not notice that the car in front of them has come to a sudden stop. A child or an animal may run out into the road, causing a driver to brake suddenly. If the driver behind them is following too closely or is distracted, they may not be able to stop in time, causing an accident.

Poor road conditions and drinking and driving can also contribute to rear end shunt accidents. You can prevent these collisions by always leaving enough room in front of you, especially in bad weather. This means that if the car in front of you brakes suddenly, you have enough time to stop.

Who Is At Fault?

Rear end collisions are unique because they more often result in finger pointing, when compared to other crashes. It can be difficult to get the facts in these situations. The driver who has been hit may make a claim against the driver behind them, alleging that they were tailgating. Tailgating is very difficult to prove, unless one or both drivers have dash mounted cameras.

The driver who crashed into the car may allege that the driver in front of them stop negligently and suddenly, meaning they were unable to stop in time. In some cases, defective brakes or car design issues or flaws may also be a factor.

In truck accidents, the driver of the passenger car may be said to be at fault. This is because trucks take an extra long time to stop because of their size and their air brakes. It is expected that motorists sharing the road with trucks will give them extra room.

If you have been in a rear end car accident, it’s important to consult an attorney, simply because getting to the bottom of what caused the accident is so difficult. You may be unfairly blamed for causing the crash.

An attorney can work with accident reconstruction experts, can interview witnesses, can review nearby security footage, and can take other steps to gather evidence that can show what really happened. If your injuries were caused by someone’s negligence, an attorney can seek compensation for you so you don’t have to pay for all car damages, medical bills, last wages, and other losses out of pocket.

If you’ve been in a rear end shunt accident, speak to an attorney today with no cost and no obligation. It’s as easy as calling Flaxman Law Group at 866-352-9626. Or contact us online. We can set up a free, no obligation case consultation so you’re empowered with the facts you need to make a decision about your situation.